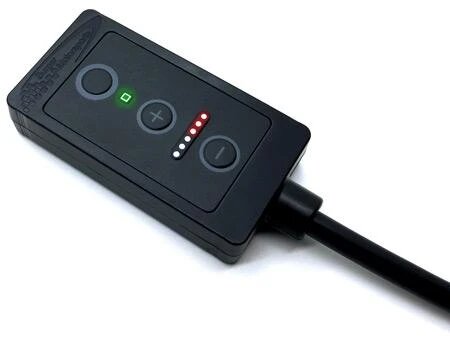 Now turn on the car and start the calibration. To do so hold the + and – buttons at the same time until all lights flash and press the pedal all the way down for a few times. As a result you will see the status lights move to the right as you press it down. After that it will get the stock voltage level so that it can make adjustments. Finally press and hold the stage selector button until all lights turn off to save the calibration. And you’re good to go.

Besides changing the modes you can also adjust the insensitivity of each mode by pressing the + and – buttons. It will increase or decrease the sensitivity accordingly for the best experience.

You can use BMS Pedal Tuner on the following cars:

With minimum pedal movement you get not only an effortless speed up but also an instant boost. Try all 4 levels.

Its not only a throttle remap it also involves a “tune” which can also be turned on and off via the throttle and by changing your air/fuel also gives a small HP bump, which the sprint booster does not.

You can buy BMS pedal tuner by clinking the card below.